Happy 2017! I begin my first post for the year with an edited excerpt and introduction to my latest paper, ‘Reimagining the Ruins of Scenography’ (published in ASAP/Journal in 2016). The paper explores the role of the scenographer in seeking out the artistic potential of unconventional materials and discarded objects in and beyond the theatre. The full article can be downloaded here.

Opening night at the theatre and the stage is awash with colour and spectacle, an awe-inspiring display of set and costume extravagance. Fast-forward eighteen months: this wondrous design has transformed itself into a mountainous ruin, oozing from a gluttonous skip deep in the bowels of the building. These contemporary “theatre ruins’” begin relatively harmlessly, hidden behind dusty staircases and at the back of storage units, crowding corridors and littering dressing rooms. But sooner or later, what doesn’t make it into the recycle bin is cast off to the land of “away,” where skips overflow into leaching landfills, and, inextricably, into our fragile ecosystems. It is here that we encounter the unsettling reality that our arts practices have consequences. 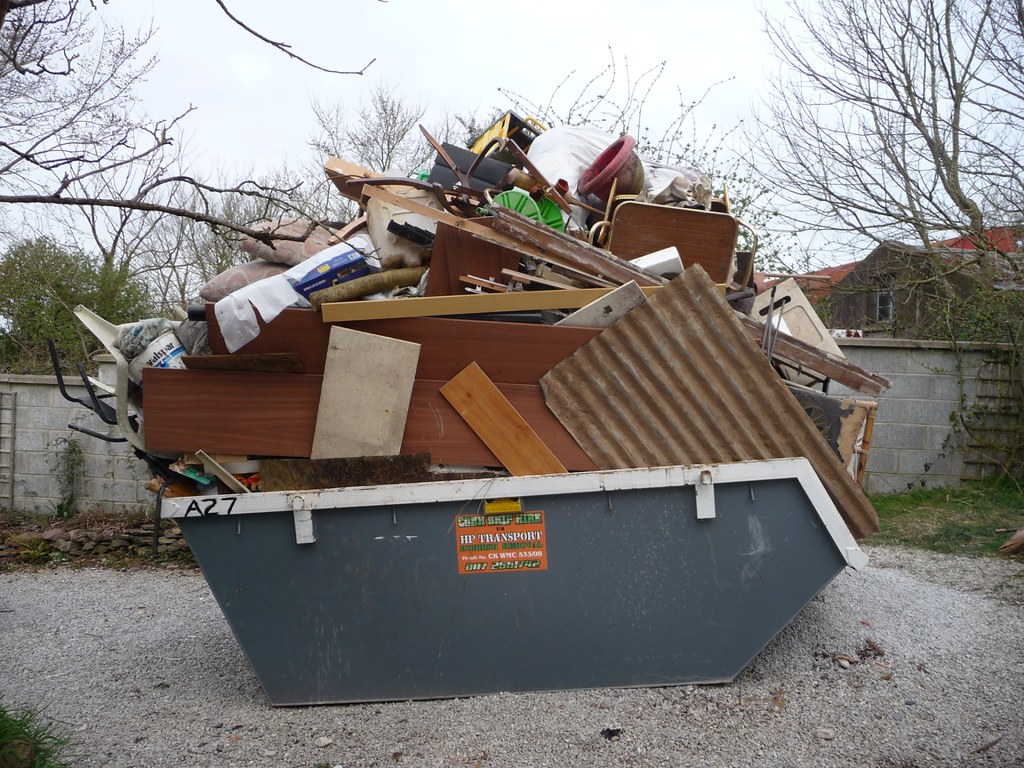 The ephemeral and highly specific nature of theatrical work means that most set and costume designs are only valued for the duration of the performance season (often a matter of days or weeks) before they are discarded.  Designers are rarely contracted to consider the impact of their designs after opening night, or to build post-production possibilities into their creative processes. But does it need to be this way? Can the image of the skip as the final resting place of most theatrical designs instead be revised to find another endpoint where creativity and innovation can once again flourish? How might scenographers embrace cyclic rather than linear production processes to rethink the potential of art’s refuse?

Reimagining the Ruins of Scenography explores the role of the scenographer in seeking out the artistic potential of unconventional materials and discarded objects in and beyond the theatre. Here, extending the use of materials is not approached out of austerity but fuelled by a desire for invention and ingenuity—a way of rethinking design in response to ecological values. Moving beyond the transient nature of performance design, I ask whether post-production considerations can become an integral component of the design concept and thereby extend the legacy of the project. I consider how the temporarility of scenic design can be re-examined so that the “end-point” of production is no longer seen as waste, but becomes an opportunity (intellectual as well as material) for continuing the creative process itself.

Central to the investigation is a reconsideration of notions of value in and beyond the theatre. Instead of concentrating on waste reduction through the reuse of objects, the focus of this research is to examine how recycled materials and found objects can generate value and make a contribution beyond the restricted theatrical economy of production. For example, a set designer might seek out the untapped creative possibilities of readily available resources (such as stock items, found objects, and discarded materials), or materials that might ordinarily be rubbished or otherwise devalued, as a means of creating something of beauty and resonance that might also extend beyond the performance event.

Reimagining the Ruins of Scenography begins by introducing the concept of ecoscenography, a practice I define as the integration of ecological thinking into all stages of scenographic production and aesthetics.  Rethinking conventional production processes, I examine contemporary thinking about material culture and agency through the scenographer’s practice of “making.” Using a practice-based research project—This Is Not Rubbish, which began in December 2012 and unfolded in four phases over a span of two years—I explore the journey of material rescued from the landfill and its capacity to create immersive performance spaces and wearable artefacts.

This Is Not Rubbish considers how post-production procedures may be considered an integral part of the scenographic event and its broader artistic project.  The project situates itself in the field of expanded scenography, where scenographic practices are considered outside of “conventional roles and sites of theatre”  to engage with broader issues of social and environmental advocacy. While This Is Not Rubbish was conducted primarily outside of traditional contexts of theatre making (to enable greater flexibility to explore novel ideas and approaches), the essay also considers potential applications of the project to conventional theatre design practices as well.